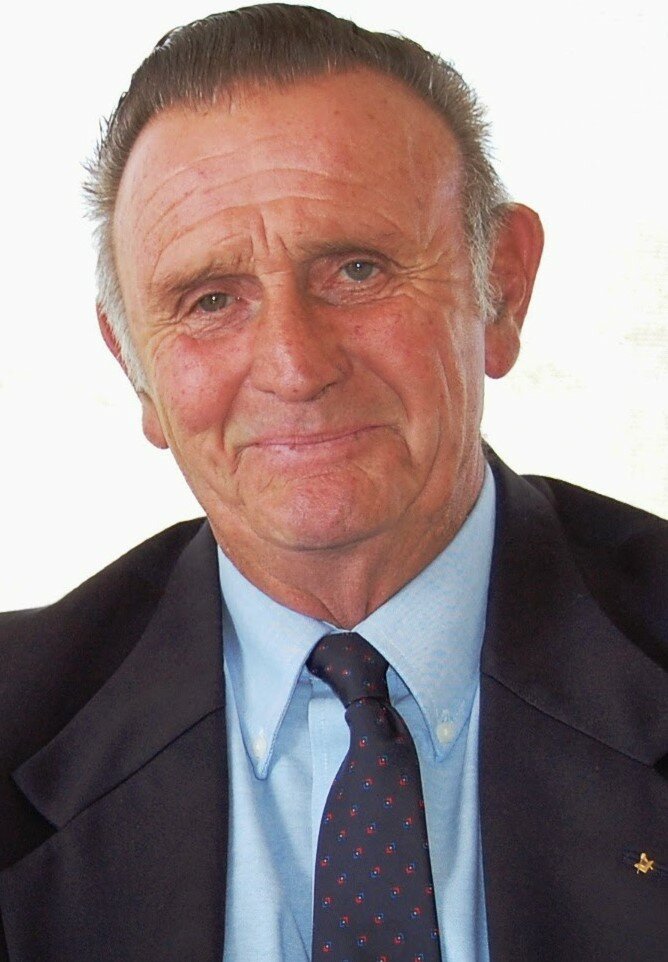 Please share a memory of Richard to include in a keepsake book for family and friends.
View Tribute Book
Richard “Dick” C. Jackson, age 82, of Byron, passed away peacefully Monday, August 16, 2021 surrounded by his loving family. He then stood tall and walked through the Gates of Heaven into the compassionate arms of Jesus. Dick was born September 16, 1938 in Dearborn, the first child of Claude (Andy) & Dorothy (Cool) Jackson. They moved to Byron when he was in elementary school and it was there that he met his childhood sweetheart Nancy Fisher. He married the love of his life on October 12, 1957 and raised five beautiful daughters whom he was very proud of and loved dearly. He and Nancy rejoiced sharing in the lives of their grandchildren and great-grandchildren. Dick was a 1957 graduate of Byron Agricultural School. He worked hard to provide for his family and retired as a line supervisor from GM Truck Assembly in Flint after 30 years of service. He was a life member of the Byron Masonic Lodge, Eastern Star, and the Elf Khurafeh Shrine. After retirement he and Nancy enjoyed traveling across the country and wintering in Texas. They especially looked forward to visits to Oklahoma and Arizona to spend time with three of their daughters and their families. He enjoyed gardening, mowing his lawn, watching the wildlife and identifying the many birds who visited his backyard. In the past year he discovered coloring pictures of birds and this provided endless hours of contentment. He became quite accomplished and leaves numerous pages in books for his family to cherish. He and Nancy enjoyed seeing uploaded daily photos with their morning coffee of the antics of their family both near and far. He was an armchair meteorologist and tracked the daily weather across the country where those he loved lived. Dick had a unique and often humorous way of phasing words which will be fondly missed. When talking about his daughter’s families he’d say, “There’s not an ugly one in the bunch!” He is survived by his wife and daughters, Christie (Ken) Stoops, Cindy (Ron) Johnson, Cathy (Derald) Cramner, Connie (Joe) Barta, Carrie (David) Conner, and sister Joanie (Bill) Oliver. Also surviving him are grandchildren, Brad (Brianne) Stoops, Brian (Kortney) Stoops, Jeff Johnson, Kelley Johnson, Lindsay Cramner, Whitney (Ryan) Bailey, Josh (Courtney) Stoops, Jamie (Michael) DeLay, Jennie Brasier, Melanie (Matthew) Hall, and Marcus (Brittany) Morse; great-grandchildren, Riley, Brecken, Briggs, Emma, Zoey, Lucien, Isla, Conner, Lynette, Ornella, Clementine, Brynn, Mikey, Rosie, Ramsey, Carter, Bria and, an expected one he would have been excited to hold; numerous family, friends and special neighbors. Dick was predeceased by his parents; brothers, Dave & Bill; and in-laws Lyle & Lelah Mae Fisher. A Masonic Funeral Service will take place at 11:00 am on Saturday, September 4, 2021 at the Byron United Methodist Church, 101 S. Ann Street, Byron MI. Family will receive friends and relatives at the church beginning at 11:00 am. A Celebration of Life will follow at 12:00 pm with Pastor Tony Chick officiating. Interment will take place at the Byron Cemetery. The family would like to thank the doctors and nurses in the 5th floor ICU unit at McLaren Flint for the kindness and compassion they showed to Dick, Nancy and his girls. Memorial donations are requested in Dick’s memory to the Marine Toys for Tots program, www.toysfortots.org To sign online guestbook, visit www.hyattewald.com Arrangements made with the Hyatt Ewald Funeral Home.
To send flowers to the family or plant a tree in memory of Richard Jackson, please visit Tribute Store
Saturday
4
September

Share Your Memory of
Richard
Upload Your Memory View All Memories
Be the first to upload a memory!
Share A Memory
Send Flowers
Plant a Tree