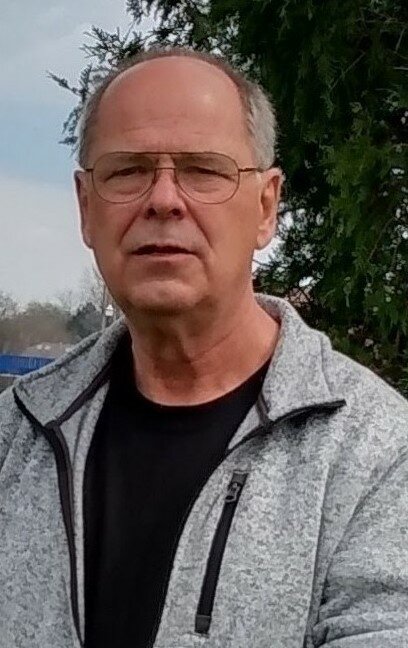 Please share a memory of Richard to include in a keepsake book for family and friends.
View Tribute Book
Richard C. Witbrodt Bay City, Michigan Richard C. Witbrodt, age 65, recently passed away at home. Rich was born in Bay City on May 14, 1956 to the late Richard and Patricia (Werth) Witbrodt. He was a 12-year veteran of the U.S. Army, where he served as Staff Sergeant (SSG) and Unit Supply Specialist. Rich also worked for the U.S. Postal Service and did volunteer work as a GED instructor and a Substance Abuse Clerk. He was a talented cartoonist and he enjoyed playing pool, listening to classic rock while working on his car, camping, and cycling to BC State Park to go swimming and fishing with his friends. Rich is survived by his daughter, Tamara (Rob) McArthur; his sister, Cathy Witbrodt of New York, NY; his brother, Steven (Ghyres) Witbrodt and their children Sean and Skye, of Palm Springs, CA. Rich is also survived by several cousins and close friends, and his lifelong friend Al Kalinowski of Bay City, MI. Cremation has taken place and a Memorial Service will be held at a later date. To sign online guestbook, visit www.cremationsocietymidmi.com Arrangements made with Cremation Society of Mid Michigan.
To send flowers to the family or plant a tree in memory of Richard Witbrodt, please visit Tribute Store

Look inside to read what others have shared
Family and friends are coming together online to create a special keepsake. Every memory left on the online obituary will be automatically included in this book.
View Tribute Book
Services for Richard Witbrodt
There are no events scheduled. You can still show your support by sending flowers directly to the family, or planting a memorial tree in memory of Richard Witbrodt.
Visit the Tribute Store

Share Your Memory of
Richard
Upload Your Memory View All Memories
Be the first to upload a memory!
Share A Memory
Send Flowers
Plant a Tree