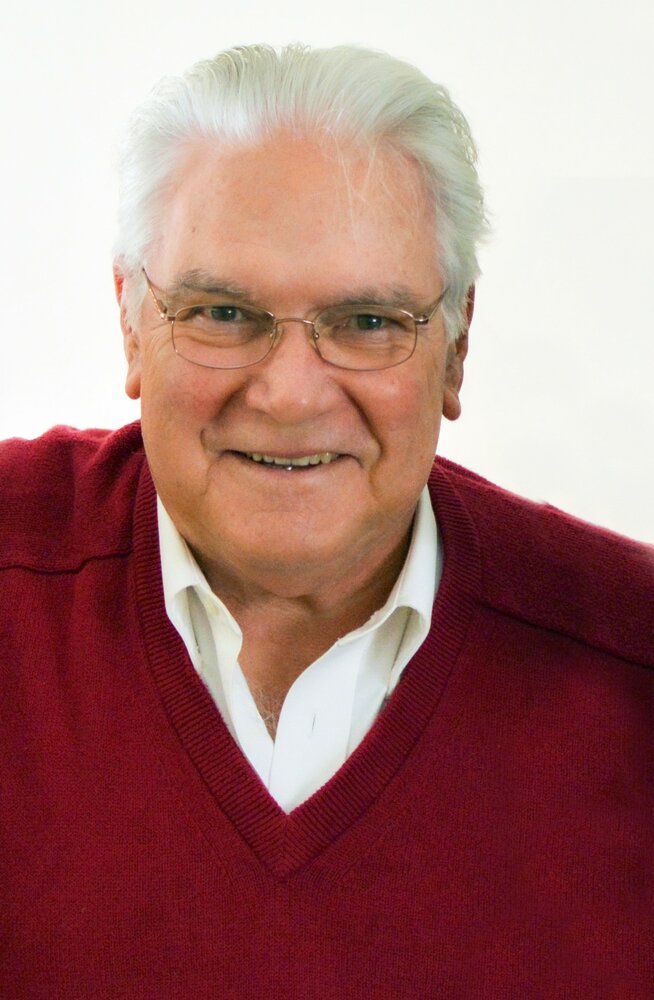 Please share a memory of Mark to include in a keepsake book for family and friends.
View Tribute Book
Mark H. Denay, age 77, of Bay City entered eternal life on January 13, 2022. Mark was born on July 2, 1944 to Blanche (Olszowy) and Clifford Denay in Bay City. Mark graduated from Handy High School and went on to attend GMI and then Saginaw Valley College, where he earned a Bachelor’s degree in Education. He taught elementary school in Laredo, TX through Extension Volunteers of the Catholic Church. Mark later returned to Saginaw Valley College where he was employed as an academic advisor. He simultaneously earned a Master’s Degree in Counseling from CMU. Mark also pursued graduate studies in the Administration of Higher Education through UM. Feeling called to the seminary, Mark then attended St. John’s Seminary in Plymouth, MI where he obtained a Master’s degree in Divinity. He spent a year in Rome as part of his studies, and spoke of it fondly throughout his lifetime. He later returned to higher education when he became the Dean of Students at Kirtland Community College in 1985. In 1987 Mark pursued his certification in stock brokerage and worked for three different companies in the Tri-Cities area before retiring in 2009. Mark was a volunteer for the Bay Area Women’s Center and Toni and Trish House of Auburn. Both organizations were near and dear to his heart. He was a member of St. Catherine of Sienna Catholic Church where he was a frequent lector. Mark married Cori LaFave in June of 1986. They were married 27 years, and although they divorced, Mark and Cori remained close friends until the time of his passing. She survives him as well as their daughters, Laurel (Jarrett) Begick and grandson Griffin, of Plymouth MI, and Erin (Ryan) Decker and granddaughter Emerson, of Kalamazoo, MI. Also left to cherish his memory are his brothers, Tom Denay of Bay City, Clifford (Jane) Denay of Petoskey MI, and Mike (Cathy) Denay of Bay City MI; sister-in-law, Nancy Denay of Bay City MI; Mark’s lifelong friend, George Schaller of Midland who he considered to be a brother as well. George, his wife Jeanne, and their four children were part of his family. Mark leaves behind many nieces and nephews whom he greatly loved. Mark was predeceased by his parents, Blanche and Cliff Denay; his brother, David Denay; his nephew, Nathaniel; and his niece, Andrea. When prompted, Mark said he was most grateful for his girls, their mother, “faithful friends, good reads, musicals, flowers, sunsets, clean water, healthy food, dry red wine, loving people, volunteers, Pope Francis, and guardian angels.” Mark pursued a number of different career paths in his lifetime. In later years he was heard to say that he had been in search of his ultimate calling, when he eventually realized it was only “to love well”. A Funeral mass and Celebration of Life will be held at a later date. To sign online guestbook, visit www.hyattewald.com Arrangements made with the Hyatt Ewald Funeral Home.
To send flowers to the family or plant a tree in memory of Mark Denay, please visit Tribute Store

Look inside to read what others have shared
Family and friends are coming together online to create a special keepsake. Every memory left on the online obituary will be automatically included in this book.
View Tribute Book
Services for Mark Denay
There are no events scheduled. You can still show your support by sending flowers directly to the family, or planting a memorial tree in memory of Mark Denay.
Visit the Tribute Store

Share Your Memory of
Mark
Upload Your Memory View All Memories
Be the first to upload a memory!
Share A Memory
Send Flowers
Plant a Tree