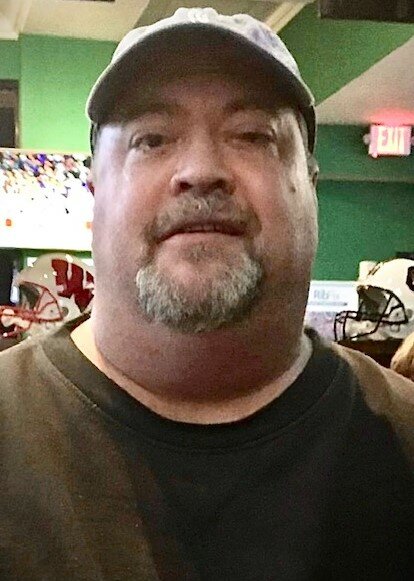 Please share a memory of Bradley to include in a keepsake book for family and friends.
View Tribute Book

Bradley Michael Lefkiades, age 52 of Bay City, Michigan passed into the arms of Jesus on December 31, 2022 at Ascension St. Mary's Hospital in Saginaw. He was born on September 28, 1970, the second son of Gary A. Lefkiades and Minette M. (Jacques) Lefkiades.

Brad graduated from John Glenn High School in the class of 1988. He received his BA degree in English from Central Michigan University and worked as a Project Manager and technical writer at Concentric Network (later XO Communications) for many years.

Brad loved with his whole heart. His laugh was contagious and his humor truly unique. Brad was a gentle soul and often put the needs of others before himself. He was a lover of music, a talented saxophonist, playing in jazz bands in high school and college, and as part of a local group around the tri-city area when he was younger. He was an avid Detroit Tigers fan. One of his most treasured memories was having played on two fantasy teams at Tiger Stadium and meeting and playing with his favorite players from the 80’s and 90’s. Brad loved grilling steaks, watching football, watching baseball, and hanging out with those he was closest to. Brad was a loyal friend, brother, and son and was always the peacemaker in the family. Brad studied the Bible and could carry on an intelligent conversation with anyone on the subject.

A Memorial Service will be held at 2 p.m., Monday, January 16, 2023, at the Hyatt Ewald Funeral Home, 700 N. Monroe St., Bay City, Michigan. The family will receive friends at the funeral home prior to the service from 11AM - 1PM.   In lieu of flowers, those planning an expression of sympathy are asked to consider memorial contributions to the Wishes of the Family.  To sign online guestbook, visit www.hyattewald.com  Arrangements made with the Hyatt Ewald Funeral Home.

To send flowers to the family or plant a tree in memory of Bradley Lefkiades, please visit Tribute Store
Monday
16
January

Share Your Memory of
Bradley
Upload Your Memory View All Memories
Be the first to upload a memory!
Share A Memory
Send Flowers
Plant a Tree