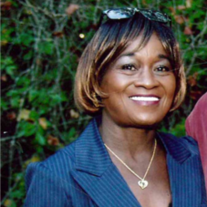 Please share a memory of Virginia to include in a keepsake book for family and friends.
View Tribute Book
Virginia (Duese) Holliday-Vaughn went home to be with her Lord and Savior on July 12, 2019 at McLaren Bay Region Hospital in Bay City, Michigan in the presence of her family. Virginia was born to Bailey and Pearlie Holliday on June 13, 1960 in Camden, Mississippi. She confessed hope in Christ at an early age and was a member of Couparle United Methodist Church in Camden, Mississippi. She attended Woodside Baptist Church and became a member of People Baptist Church in Bay City, Michigan. She later attended Mt Hermon Baptist Church occasionally. Virginia was a 1979 graduate of Velma Jackson High School in Camden, Mississippi. She enlisted in the United States Army in 1979. After basic training she served in Fort Leonard Wood, Missouri. She was honorably discharged and relocated temporarily to Mississippi and from there to Texas where she married and began her technical career in Health Care. Virginia, along with her daughters; Shalar and Shannah whom she deeply adored, moved to Bay City where she worked for J.C. Penny in Saginaw and continued her career path at Delta College. She enjoyed her career as a Certified Nursing Assistance and Patient Advocate. She worked in many positions including the Carriage House Rehabilitation Center until she became disabled. She loved and took great care of all of her patients. Virginia will be truly missed by her daughters, Shalar and Shannah Vaughn; granddaughters whom she adored, Damaya Hardwick and Jayla Rose Allen; sisters, Rosa Holliday of Bay City, Mich., Minnie Pearl Ross, Earnestine Day of Sharon, Miss., Bernice Washington of Carthage, Miss., Josephine and Helen Holliday of Camden, Miss.; brothers, Percy (Ruby) and John Arthur Holliday of Canton, Miss.; a host of nieces and nephews; special nephew, Maurice Holliday; special daughters, Lebbiona (Libby) Couch of Charlotte, NC and Angela Hill of Bloomington-Normal Illinois. Virginia also leaves to cherish her memory, the love of her life and best friend, Bennie Shephard, who never left her even during her difficult days. She leaves many cousins, friends and co-workers that were dear to her. Preceding Virginia in death were: Bailey and Pearlie Holliday (parents); Minnie Williamson (grandmother); Perry, Henry, Virgil (brothers); Carrie Martin (sister); and brothers-in-law, Johnny Day, Porter Washington and A.D. Ross. Many dear relatives and friends, including a special cousin and friend, Earl Johnson of Bay City, Michigan. A memorial service will take place at 12:00 noon, family hour at 11:30a.m. on Saturday, August 17, 2019 at Hyatt-Ewald Funeral Home in Bay City, Michigan. Interment will be made at Great Lakes National Cemetery, 4200 Belford Road, Holly, MI. To sign online guestbook, visit www.hyattewald.com
To send flowers to the family or plant a tree in memory of Virginia Holliday Vaughn, please visit Tribute Store

Look inside to read what others have shared
Family and friends are coming together online to create a special keepsake. Every memory left on the online obituary will be automatically included in this book.
View Tribute Book
Services for Virginia Holliday Vaughn
There are no events scheduled. You can still show your support by sending flowers directly to the family, or planting a memorial tree in memory of Virginia Holliday Vaughn.
Visit the Tribute Store

Share Your Memory of
Virginia
Upload Your Memory View All Memories
Be the first to upload a memory!
Share A Memory
Send Flowers
Plant a Tree