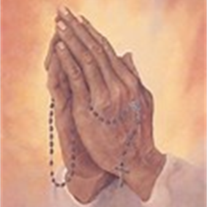 Please share a memory of Christine to include in a keepsake book for family and friends.
View Tribute Book
Raymond, Christine M. Bay City, Michigan Mrs. Raymond, age 93, died on Wednesday September 18, 2019. Christine was born in Bay City on June 29, 1926 to the late Stephen S. and Martha (Sielski) Majznerski. Chris was a drummer, during the 1940's and 50's she and her sister's formed the ACE Sisters and Jane orchestra, where they played for many weddings, parties and to welcome home our service men. Christine was a bookkeeper for Kuhlman Electric, Jennison Hardware and St. Hyacinth Catholic Church. Mrs. Raymond is survived by her daughter Marty (George) Sauer of Kawkawlin. Also surviving is her sister Catherine (Stanley) Jamrog of Bay City and many nieces and nephews. She was preceded in death by her husband Carl Raymond in 1995, her daughter Connie Maxson in 2005, sisters and brothers; Esther Pagryzinski, Alice Heinz, Jane Arnold, LeeAnn Belger, Steve Majznerski and Lawrence Majznerski. A private graveside service was held at St. Patrick's Cemetery, Bay City. To sign online guestbook visit www.hyattewald.com.
To send flowers to the family or plant a tree in memory of Christine Raymond, please visit Tribute Store

Look inside to read what others have shared
Family and friends are coming together online to create a special keepsake. Every memory left on the online obituary will be automatically included in this book.
View Tribute Book
Services for Christine Raymond
There are no events scheduled. You can still show your support by sending flowers directly to the family, or planting a memorial tree in memory of Christine Raymond.
Visit the Tribute Store

Share Your Memory of
Christine
Upload Your Memory View All Memories
Be the first to upload a memory!
Share A Memory
Send Flowers
Plant a Tree