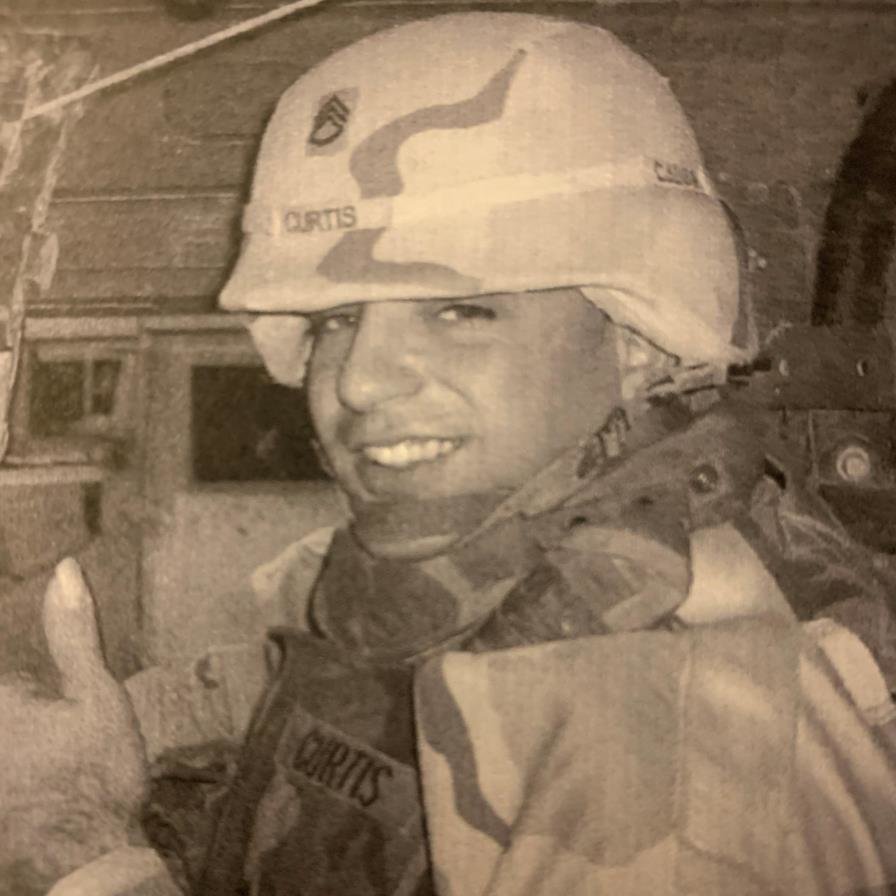 Please share a memory of Christopher "Chris" to include in a keepsake book for family and friends.
View Tribute Book
Curtis, Christopher "Chris" SFC (Ret.) Midland, MI Christopher, age 42, passed away July 9, 2020. He was born in Bay City, Michigan, on August 29, 1977, to Woody E.H. Curtis and the late Karen Lee Mechling. Chris was a proud 1996 graduate of Bay City Central High School, was on their football and wrestling team where he was known as "Twinkle Toes Curtis". He enjoyed sports and activities with his family and friends. Chris had strong moral values and integrity, always putting his family first. SFC Curtis joined the Army in 1996 as a 19D (calvary scout) and proudly served 21 years, with nearly a decade of service overseas and 5 combat deployments. He received a Bronze Star for his exceptional military service and a Purple Heart for injuries sustained during his deployment in 2004. He is survived by his wife, Delores; children, Anyssa S. Curtis and Christopher A. Curtis Jr.; siblings, Wendy, Woody Jr., Matthew, Shannon, Jason, Todd, Brian, and Patrick; many step-brothers & sisters; father, Woody E. H. (Sharon) Curtis; step-father, H. Frederick Nitschky; a host of cousins, nieces, and nephews; a special aunt, Roxanne Marion; and mother-in-law, Jo Ann Wooden. He was predeceased by his step-son, Tristian B. Kitt; and father-in-law, Clarence Gulley. After a private service, he will be laid to rest at Great Lakes National Cemetery in Holly Michigan. In lieu of flowers, those planning an expression of sympathy are asked to consider memorial contributions to The Wishes of the Family. To sign online guestbook, visit www.hyattewald.com Arrangements made with Hyatt Ewald Funeral Home, 700 N. Monroe St, Bay City, Michigan.
To send flowers to the family or plant a tree in memory of Christopher "Chris" Curtis, please visit Tribute Store

Look inside to read what others have shared
Family and friends are coming together online to create a special keepsake. Every memory left on the online obituary will be automatically included in this book.
View Tribute Book
Services for Christopher "Chris" Curtis
There are no events scheduled. You can still show your support by sending flowers directly to the family, or planting a memorial tree in memory of Christopher "Chris" Curtis.
Visit the Tribute Store

Share Your Memory of
Christopher "Chris"
Upload Your Memory View All Memories
Be the first to upload a memory!
Share A Memory
Send Flowers
Plant a Tree