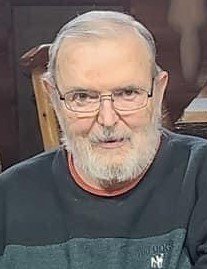 Please share a memory of Fred to include in a keepsake book for family and friends.
View Tribute Book
Weiers, Fred, E. Bay City, Michigan, formerly of Thomas Township Fred, age 76, passed away on Friday May 28, 2021 at his home. Fred was born in Johnstown, PA on July 30, 1944 to the late Edlin and Hannah (Stormer) Weiers. He married the former Nancy Landskroener on October 4, 1966 in Hava-de-Grace, MD. He served in the U.S. Army from 1966-1969 and was stationed in Korea and Colorado. He was a life member of VFW Post 1566. He retired from GM (Grey Iron Foundry) in 1991 and was a member of UAW Local 668. Fred was a Scoutmaster of Troop 344, Boys Scouts of America in Shields. He was a member of Shields Mens Club, Pioneer Lodge #77 F & AM and was a past master, Elf Khurafeh Shrine. Mr. Weiers is survived by his wife Nancy of 54 years, their children; Ken (Vicki) Weiers, Kristy (Fred) Culver and Melissa (Russ) Morgan. Also surviving are 9 grandchildren; Raechal Call, Lyndsi Weiers, Christian Weiers, Fred Culver IV, Noah Culver, Teddy Weiers, Madison Morgan, MacKenzie Morgan and Ciara Weiers. 4 great grandchildren, his sister Marion (Mel) Nicol, brothers in law Jack (Joy) Landskroener, Bob Landskroener and Bill Landskroener, He was preceded in death by his son Frederick Weiers, his sister Betty Jane Weiers, brother in law Gary Nicol, his father and mother in law Jack and Amelia Landskroener, and sister in law Barbara Schweitzer. A Masonic service by the Saginaw Lodge #77 F & AM will be held at 6:00 P.M. on Friday June 11, 2021 followed by a life celebration officiated by Pastor Julie Bailey at the Hyatt-Ewald Funeral Home, 700 N. Monroe Street, Bay City. The family will receive friends at the funeral home on Friday June 11, 2021 from 3:00 P.M. until the time of service at 6:00 P.M. Those planning an expression of sympathy are asked to consider memorial contributions to Ascension Lutheran Church, Saginaw or charity of donor's choice. CURRENT STATE GATHERINGS AND FACE MASK ORDER EFFECTIVE JUNE 1, 2021 WILL BE FOLLOWED. To sign online guestbook visit www.hyattewald.com
To send flowers to the family or plant a tree in memory of Fred Weiers, please visit Tribute Store
Friday
11
June

Share Your Memory of
Fred
Upload Your Memory View All Memories
Be the first to upload a memory!
Share A Memory
Send Flowers
Plant a Tree